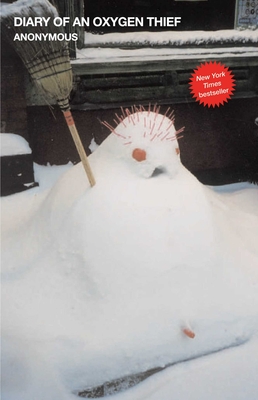 This is book number 1 in the The Oxygen Thief Diaries series.

Diary of an Oxygen Thief is the equivalent of taking Holden Caulfield, giving him modern technology and dating apps, and setting him loose in modern London and later his old stomping grounds of New York. The protagonist, an anonymous Irish ad man, sets out on a dark path of convincing women to fall in love with him and when they do he leaves, somehow trying to get back at a woman who did the same to him, all the while slowly imploding his own world. The narrator presents the reality of self-destruction and makes the reader re consider the darker side human relationships and the harsh realities of romance in our modern world.

Say there was a novel in which Holden Caulfield was an alcoholic and Lolita was a photographer’s assistant and, somehow, they met in Bright Lights, Big City. He’s blinded by love. She by ambition. Diary of an Oxygen Thief is an honest, hilarious, and heartrending novel, but above all, a very realistic account of what we do to each other and what we allow to have done to us.

"The author does a great job. I loved it!"
— Junot Diaz, author of The Brief and Wondrous Life of Oscar Wao

"First he steals the oxygen from you, then he spits it right back in your face. One of the most interesting and controversial encounters I’ve made through a book."
— Lorenzo DeRita, editor in chief, COLORS magazine

"F. Scott Fitzgerald for the iPad generation."
— Richard Nash, author of What is the Business of Literature?