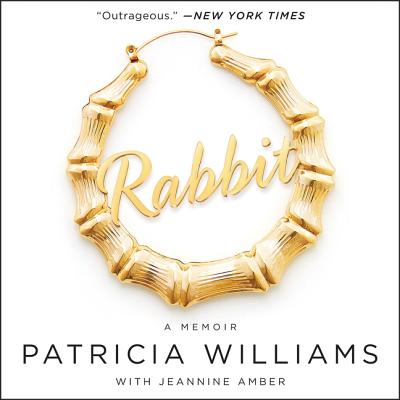 By Patricia Williams (Read by), Jeannine Amber (Contribution by)
Email or call for price

Nominated for an NAACP Image Award for Outstanding Literature

They called her Rabbit.

Patricia Williams (aka Ms. Pat) was born and raised in Atlanta at the height of the crack epidemic. One of five children, Pat watched as her mother struggled to get by on charity, cons, and petty crimes. At age seven, Pat was taught to roll drunks for money. At twelve, she was targeted for sex by a man eight years her senior. By thirteen, she was pregnant. By fifteen, Pat was a mother of two.

Alone at sixteen, Pat was determined to make a better life for her children. But with no job skills and an eighth-grade education, her options were limited. She learned quickly that hustling and humor were the only tools she had to survive. Rabbit is an unflinching memoir of cinematic scope and unexpected humor. With wisdom and humor, Pat gives us a rare glimpse of what it's really like to be a black mom in America.