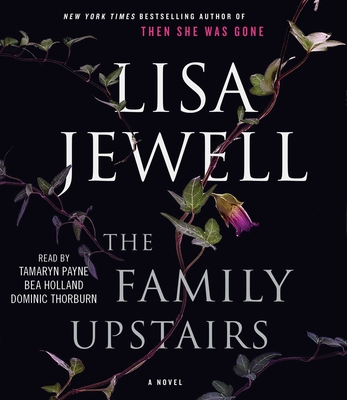 Orphaned as an infant and now 25 years old, Libby Jones has just inherited an abandoned mansion in the posh London neighborhood of Chelsea from the family she never knew. But others have been patiently waiting for this day and are ready to step out of the shadows. Told in present time and flashbacks, contrasting Libby’s bright present with her family’s dark and sinister past, this is both a gothic novel and suspense-filled thriller that I read in one day!

“Just having children does not make you a parent, and that truth is apparent in the pages of this book. A wealthy family in London seems to have everything—a great home, private schools, mentions in the press—but it is somehow not enough. Once you open the door to the unknown, can it really ever be closed? The influence of the charismatic egotist is told with flawless accuracy and stark images. In these situations, the children suffer the most; they are powerless and easy prey. This book details an unfolding family crisis where abuse can take many forms. Hard to put down and with several huge twists, The Family Upstairs will satisfy even the most discriminating fan. Lisa Jewell has exceeded all expectations!”
— Jackie Willey, Fiction Addiction, Greenville, SC

From the New York Times bestselling author of Then She Was Gone comes another page-turning look inside one family’s past as buried secrets threaten to come to light.

Be careful who you let in.

Soon after her twenty-fifth birthday, Libby Jones returns home from work to find the letter she’s been waiting for her entire life. She rips it open with one driving thought: I am finally going to know who I am.

She soon learns not only the identity of her birth parents, but also that she is the sole inheritor of their abandoned mansion on the banks of the Thames in London’s fashionable Chelsea neighborhood, worth millions. Everything in Libby’s life is about to change. But what she can’t possibly know is that others have been waiting for this day as well—and she is on a collision course to meet them.

Twenty-five years ago, police were called to 16 Cheyne Walk with reports of a baby crying. When they arrived, they found a healthy ten-month-old happily cooing in her crib in the bedroom. Downstairs in the kitchen lay three dead bodies, all dressed in black, next to a hastily scrawled note. And the four other children reported to live at Cheyne Walk were gone.

In The Family Upstairs, the master of “bone-chilling suspense” (People) brings us the can’t-look-away story of three entangled families living in a house with the darkest of secrets.

Lisa Jewell is the internationally bestselling author of eighteen novels, including the New York Times bestseller Then She Was Gone, as well as I Found You, The Girls in the Garden, and The House We Grew Up In. In total, her novels have sold more than two million copies across the English-speaking world and her work has also been translated into sixteen languages so far. Lisa lives in London with her husband and their two daughters. Connect with her on Twitter @LisaJewellUK and on Facebook @LisaJewellOfficial.

"Narrators Tamaryn Payne, Bea Holland, and Dominic Thornburn shine in Jewell's latest dark, twisted story about history, family, and sacrifice. When Libby turns 25, she receives a long awaited letter notifying her about her biological parents and about the inheritance of an abandoned mansion in London. At the same time we meet Lucy, a young, homeless woman with two children who is desperate to get back to London. Finally Henry's perspective is shared in retrospect as he reminisces about his own upbringing, providing compelling backstory. As the three stories collide, the narrators create a creepy and compelling atmosphere. Listeners will be totally caught up in the story the closer Lucy, Libby, and Henry get to the truth about what happened in that house."
— AudioFile Magazine