A Military Life of Constantine the Great (Hardcover) 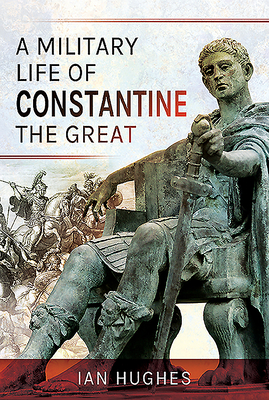 Analysis of the strengths, organization, weapons and tactics of the Roman army Constantine inherited and his military reforms.

Much of Constantine I's claim to lasting fame rests upon his sponsorship of Christianity, and many works have been published assessing whether his apparent conversion was a real religious experience or a cynical political maneuver. However his path to sole rule of the Roman Empire depended more upon the ruthless application of military might than upon his espousal of Christianity. He fought numerous campaigns, many of them against Roman rivals for Imperial power, most famously defeating Maxentius at the Battle of the Milvian Bridge. In this new study, Ian Hughes assesses whether Constantine would have deserved the title 'the Great' for his military achievements alone, or whether the epithet depends upon the gratitude of Christian historians.

All of Constantine's campaigns are narrated and his strategic and tactical decisions analyzed. The organization, strengths and weaknesses of the Roman army he inherited are described and the effect of both his and his predecessors' reforms discussed. The result is a fresh analysis of this pivotal figure in European history from a military perspective.