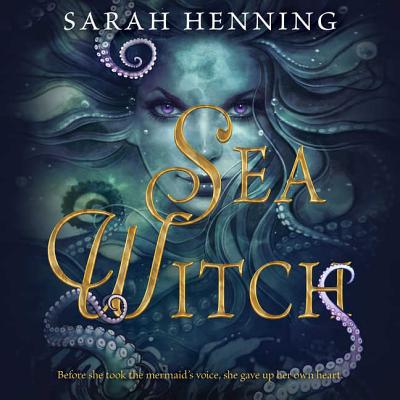 By Sarah Henning, Billie Fulford-Brown (Read by)
$39.99
Email or call for price.

“This book floored me. I was expecting to like it, but I fell hard and fast for Sarah Henning’s original take on the sea witch story. Evie is already an outcast in her hometown—she is the daughter of a fisherman and she uses magic, which is forbidden, to help him. When a young girl arrives who looks eerily similar to her dead best friend, Anna, Evie will do whatever it takes to make sure that she can stay on land...no matter the cost. Magic, love, and loss permeate this stunning novel, which I will be highly recommending!  ”
— Teresa Steele, Old Firehouse Books, Fort Collins, CO

Wicked meets The Little Mermaid in the captivating origin story of the sea's most iconic villainess, perfect for fans of Heartless and Dorothy Must Die.

Ever since her best friend Anna died, Evie has been an outcast in her small fishing town. Hiding her talents, mourning her loss, drowning in her guilt.

Then a girl with an uncanny resemblance to Anna appears on the shore, and the two girls catch the eyes of two charming princes. Suddenly Evie feels like she might finally have a chance at her own happily ever after.

But magic isn't kind, and her new friend harbors secrets of her own. She can't stay in Havnestad--or on two legs--without Evie's help. And when Evie reaches deep into the power of her magic to save her friend's humanity--and her prince's heart--she discovers, too late, what she's bargained away.