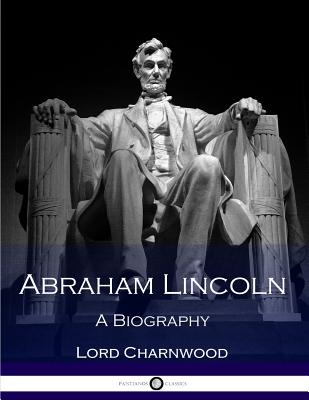 Lord Charnwood's biography of Abraham Lincoln is a superbly written and well-researched account of the lauded American statesman and President's life.
Published in 1916, Charnwood's account of Lincoln's life is benefited by the fact many of the President's contemporaries had by that time written first-hand accounts of the revered statesman's life and manner. Drawing on these sources, and his own researches into the history of the American nation, Charnwood assembled a convincing and authoritative biography.
The book is composed with twin commentaries:
On the one hand, we hear about the development of the USA and the political events which shaped the destiny of its inhabitants. A deeply held will to make a difference moved Lincoln from his humble beginnings in a rural log cabin toward his famous campaign first for the Illinois House of Representatives, then for the U.S. Senate, and finally the Presidency of the United States.
On the other hand, Lincoln's character and individual development receive examination. We hear about the upbringing and inner convictions which shaped the young Abe Lincoln's mind, and his habits of writing and oratory. His opposition to slavery, a characteristic which defined his ascent to the apex of American politics, is particularly explained.
In the latter stages, the narrative converges and is occupied with Lincoln's speeches and actions during the American Civil War. The triumphs and calamities of the destructive conflict, and the reactions of the President and his closest counsel, are told. Finally we hear a detailed account of the fateful night in Ford's Theatre, where Abraham Lincoln was assassinated to the great and lasting shock of the fractured nation.