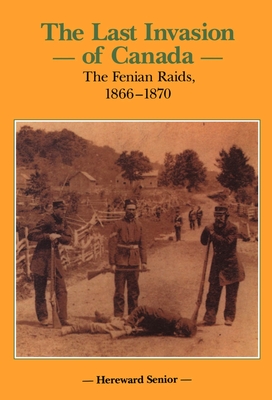 In the turbulent decade which produced the Canadian Confederation of 1867, a group of seasoned veterans of the American Civil War turned their attention to the conquest of Canada. They were Irish-American revolutionaries -- unique because they fought under their own flag. They were know as the Fenians and they believed that the first step on the road to the liberation of Ireland was to invade Canada. The Last Invasion of Canada vividly recaptures the drama of the decade. It recounts the fledgling nation's rag-tag, but patriotic, defence against an enemy committed to a glorious cause, but with only scattered resources. It is a story of courage, espionage and petty crime, and of mismatched motivations and goals.

Hereward Senior has taught history at Memorial University, the Canadian Service College, Royal Roads, the University of Toronto and McGill Univeristy. Her is the author of Orangeism in Ireland and Britain, 1795-1836; Orangeism, The Canadian Phase; and The Fenians and Canada.