Cross-Border Warriors: Canadians in American Forces, Americans in Canadian Forces: From the Civil War to the Gulf (Paperback) 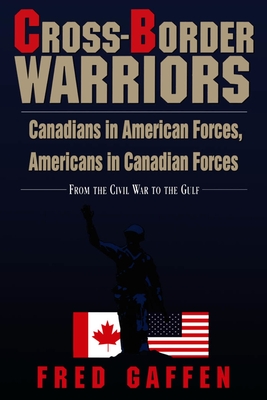 For well of a hundred years, Canadians and Americans have crossed the border that separates their two countries to serve in one another's armed forces. The American Civil War, the two world wars, Korea, Vietnam, the Gulf War - Cross-Border Warriors presents anecdotes, letters, and diaries by or about individuals who left family and native land to engage in these far-away struggles. There was Emma Edmonds, a woman from New Brunswick who disguised herself as a man and served as a field nurse and spy for the Yankees during the civil war; American Lucien Thomas, who flew 400 combat missions in WW II and Korea; Fred Demara, The Great Impostor, who used his surgical skills on unsuspecting patients ... More than ninety photos, together with Fred Gaffen's analysis of this cross-border phenomenon, complement the soldiers' words.

Fred Gaffen, military historian at the Canadian War Museum, has been working in the Canadian historical field for over twenty-five years. He received his B.A. from Carleton University and his M.A. in history from the University of Ottawa. In addition to his books, Forgotten Soldiers, In the Eye of the Storm and Unknown Warriors, he has contributed numerous articles to military and historical periodicals.