A Thousand Shall Fall (Paperback) 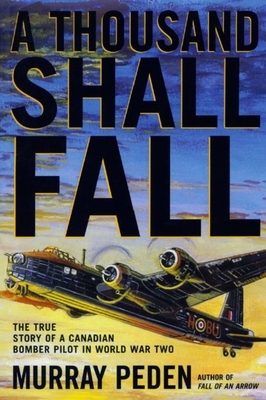 One of the finest war memoirs ever written.

During World War II, Canada trained tens of thousands of airmen under the British Commonwealth Air Training Plan. Those selected for Bomber Command operations went on to rain devastation upon the Third Reich in the great air battles over Europe, but their losses were high. German fighters and anti-aircraft guns took a terrifying toll. The chances of surviving a tour of duty as a bomber crew were almost nil.

Murray Peden's story of his training in Canada and England, and his crew's operations on Stirlings and Flying Fortresses with 214 Squadron, has been hailed as a classic of war literature. It is a fine blend of the excitement, humour, and tragedy of that eventful era.

Murray Peden was the first Chairman of the Manitoba Securities Commission. A bestselling author, his articles have appeared in aviation magazines and newspapers in Canada, England, and the United States. He was a bomber pilot in World War II, and his autobiography has been hailed as one of the finest war memoirs ever written. In 2017, Peden was awarded France's Legion of Honour, as a member of the aircrew who flew supplies to the French Forces of the Resistance.