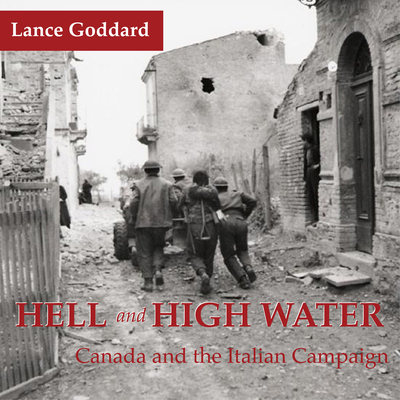 Although it has been overshadowed by other events of the Second World War, Canada's role in the Italian Campaign, from 1943 to 1945, was significant. Canadian forces played a major role in this campaign, whose goal was to open a second front in order to ease the pressure on Russian forces in the east. Canada fought under British command alongside British and American units, but our soldiers saw some of the fiercest fighting and achieved glory many times, including at the Battle of Ortona, one of Canada's greatest military accomplishments.

Lance Goddard has worked in television for more than 20 years. His previous Second World War history books with Dundurn, D-Day: Juno Beach, Canada's 24 Hours of Destiny and Canada and the Liberation of the Netherlands, May 1945, accompanied TV documentaries, which Lance also produced, and became instant bestsellers.