The Insubordinate and the Noncompliant: Case Studies of Canadian Mutiny and Disobedience, 1920 to Present (Paperback) 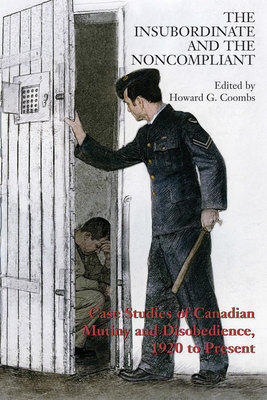 The Unwilling and the Reluctant: Theoretical Perspectives on Disobedience in the Military and The Apathetic and the Defiant: Case Studies of Canadian Mutiny and Disobedience, 1812-1919 are the first two volumes in a series devoted to disobedience issues in the Canadian military. Now with The Insubordinate and the Noncompliant, the trilogy is complete.

Military leadership has both formal and informal dimensions. The formal leadership of any organization must ensure that it minimizes the divergence between institutional aims and the actions of informal leaders. When this separation occurs, the result is sometimes mutiny. These incidents of insubordination and noncompliance represent a form of dialogue between military personnel and their leadership. The Insubordinate and the Noncompliant offers a perspective on the Canadian experience with military mutiny in the twentieth century in an effort to provide relevant lessons for today.

Howard Coombs is the co-editor of The Operational Art -- Canadian Perspectives: Context and Concepts, published by Canadian Defence Academy Press in 2005. He is also a co-author, with General Rick Hillier, of Planning for Success: The Challenge of Applying Operational Art in Post-Conflict Afghanistan, which appeared in the Autumn 2005 issue of Canadian Military Journal

Like the other learned authors in this book, Horn dissects the underlying causes of events by looking at them from the perspective of those who are not in authoritya perspective on military leadership that is seldom considered: the view from below.” Airforce Magazine, Summer 2008