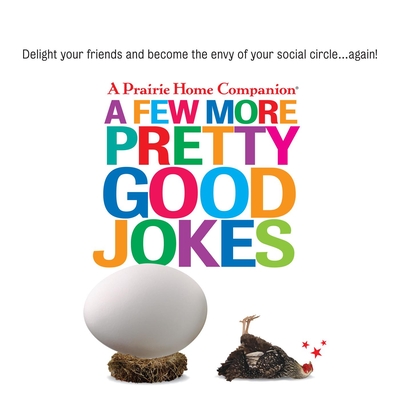 The Joke Show is the most popular annual broadcast from A Prairie Home Companion. A Few More Pretty Good Jokes features all the jokes from the most recent shows which aired in April 2000 and 2002 (both were done in New York). These recordings are a welcome supplement to the highly successful previous Joke Book, Tape, and CD.

CALVIN TRILLIN has been a staff writer for the New Yorker since 1963. He is the author of numerous books, including About Alice, Deadline Poet, Family Man, American Stories, Killings, Uncivil Liberties, and Remembering Denny, a New York Times bestseller. He lives in New York and eats heartily whenever he travels.