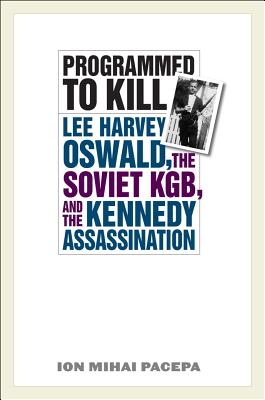 Lt. Gen. Ion Mihai Pacepa, the highest intelligence official ever to defect from the Soviet bloc, reviews the Kennedy assassination, reveals facts covered up by the Kremlin, and addresses questions left unanswered by official investigations and numerous books. Pacepa is the only investigator of the assassination who had direct knowledge of the KGB's ties to Lee Harvey Oswald. Programmed to Kill places Pacepa's knowledge about the KGB's secret involvement with Oswald in the context of factual reporting that has appeared on the case. The book juxtaposes the KGB modus operandi--mostly unknown to outsiders--against the irrefutable evidence assembled by the FBI and other U.S. investigators.

Ion Mihai Pacepa was national security adviser to Romania's president and acting chief of his foreign intelligence service. In 1978 he was granted political asylum by President Carter. He lives in the United States under a concealed identity.