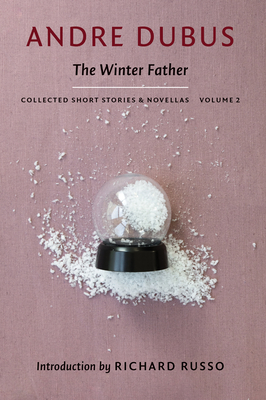 By Andre Dubus, Richard Russo (Introduction by)
$18.95
On Our Shelves; Typically Ships in 1 - 2 Days

Exquisitely powerful short stories by the masterful Andre Dubus. Originally published in two volumes, The Times Are Never So Bad and Finding a Girl in America.

This collection includes some of Andre Dubus's most celebrated stories including "A Father's Story," "The Pretty Girl," and "Killings"--the basis of the Academy Award-nominated film In the Bedroom--a swift tale of revenge that leaves readers wondering what they might do in the name of family love. "Dubus's stories feel as fresh today as they did when I first read them, three decades ago," Richard Russo writes in the introduction. "One reason is the delight he takes in playing off readers' genre expectations. Conventional robbery stories, for example, are almost always concerned with whether the thieves will get caught. Here in 'Anna'] it's the exact opposite. Dubus doesn't care whether Anna and Wayne get caught; not getting caught actually deepens their predicament. Similarly, 'Townies, ' which at first appears to be the story of a murdered college girl, turns out to be about the unexpected link between the campus cop who finds her body and the boy who kills her, both of whom have been excluded from the privileged girl's world by virtue of their class." Collected Short Stories and Novellas by Andre Dubus includes We Don't Live Here Anymore, The Winter Father, and The Cross Country Runner. All three contain work by an American master, perfect for anyone who loves stories of the human heart and where it can lead us.