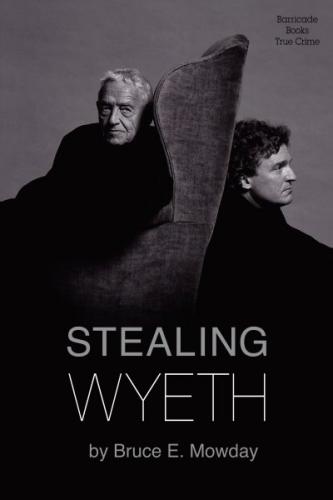 Andrew Wyeth was one of the best known American artists in the world in the 20th century with his works, including the Helga series, being sought after by serious art collectors worldwide. His father, N. C., and son, Jamie, are integral parts of the best known American family of artists. They have an art museum dedicated to their works. A gang of thieves decided to steal an original Wyeth painting for their "retirement" and engaged a professional cat burglar (who was responsible for more than 1,500 crimes during his criminal career) to steal a Wyeth painting. The theft resulted in taking 15 paintings from the Wyeth estate in picturesque Chadds Ford, Pennsylvania. Seven were done by Andrew, six by Jamie and the other two by California artists. Today, those paintings would be worth millions of dollars. The FBI and Pennsylvania State Police were the investigating agencies. Were the paintings still in America, Europe or Asia? Were the paintings pre-sold and in a private collection, being stored for future sales or destroyed because the artwork was so well known? The search for the paintings takes the investigators throughout the United States and involves dangerous thieves, gamblers, drug dealers and murderers. In the process of tracking down the thieves and the paintings, hundreds of other crimes were solved.

Bruce Mowday, is an award-winning author and newspaper reporter. Mowday has appeared on the Discovery ID channel, C-SPAN, the Pennsylvania Cable Network along with Philadelphia and local television shows. Barricade Books has published the following Mowday books: Jailing The Johnston Gang; Bringing Serial Murderers To Justice; Why The Hall Not: Richie Ashburn's Amazing Journey to Cooperstown; Life With Flavor; Picketts Charge and Selling Your Book. He lives in Downington, PA.