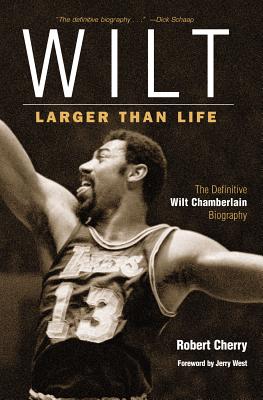 A capturing of basketball legend Wilt Chamberlain's personality and thoughts—known by relatively few people other than family and close friends—is made available to all in this intimate biography. The author, a native of Philadelphia and an alumnus of Chamberlain's alma mater, spent four years researching and interviewing the most important people in Wilt's life to produce these results.

Robert Cherry is a journalist and a former Peace Corps volunteer in the West African bush. He has been a general assignment reporter or editor for four newspapers, including the Arizona Republic, and his freelance work has appeared in the New York Times and the Jerusalem Post, among other publications. He played varsity basketball at Wilt Chamberlain's alma mater, Overbrook High School. Jerry West is a former Los Angeles Laker who led the team to nine NBA Finals and the 1972 championship. He is a former Lakers coach and general manager and serves as the president of basketball operations for the Memphis Grizzlies.