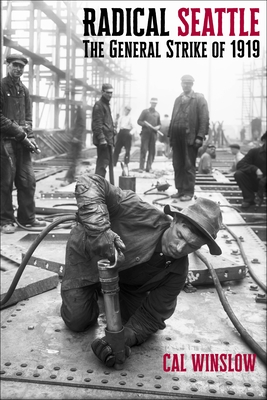 A historical analysis of the General Strike of 1919 in Seattle

On a grey winter morning in Seattle, in February 1919, 110 local unions shut down the entire city. Shut it down and took it over, rendering the authorities helpless. For five days, workers from all trades and sectors - streetcar drivers, telephone operators, musicians, miners, loggers, shipyard workers - fed the people, ensured that babies had milk, that the sick were cared for. They did this with without police - and they kept the peace themselves. This had never happened before in the United States and has not happened since. Those five days became known as the General Strike of Seattle. Chances are you've never heard of it. In Radical Seattle, Cal Winslow explains why. Winslow describes how Seattle's General Strike was actually the high point in a long process of early twentieth century socialist and working-class organization, when everyday people built a viable political infrastructure that seemed, to governments and corporate bosses, radical - even "Bolshevik." Drawing from original research, Winslow depicts a process that, in struggle, fused the celebrated itinerants of the West with the workers of a modern industrial city. But this book is not only an account of the heady days of February 1919; it is also about the making of a class capable of launching one of America's most gripping strikes - what E.P. Thompson once referred to as the long tenacious revolutionary tradition of the common people. Reading this book might increase the chance that something like this could happen again - possibly in the place where you live.

Cal Winslow, a longtime labor activist and educator, is Director of the Mendocino Institute and a retired fellow in environmental history at UC Berkeley. Among his books are Labor's Civil War in California and Rebel Rank and File. He edited E.P. Thompson and the Making of the New Left