The Day of the Owl (Paperback) 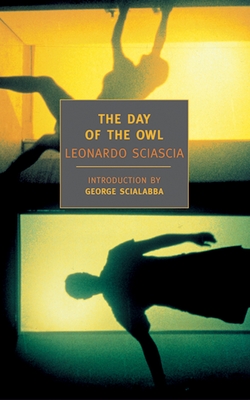 A man is shot dead as he runs to catch the bus in the piazza of a small Sicilian town. Captain Bellodi, the detective on the case, is new to his job and determined to prove himself. Bellodi suspects the Mafia, and his suspicions grow when he finds himself up against an apparently unbreachable wall of silence. A surprise turn puts him on the track of a series of nasty crimes. But all the while Bellodi's investigation is being carefully monitored by a host of observers, near and far. They share a single concern: to keep the truth from coming out.

This short, beautifully paced novel is a mesmerizing description of the Mafia at work.

Leonardo Sciascia (1921-1989) was born in Racamulto, Sicily. Starting in the 1950s, he established himself in Italy as a novelist and essayist, and also as a controversial commentator on political affairs. Among his many other books are Salt on the Wound, a biography of a Sicilian town, The Council of Egypt, an historical novel, and Todo Modo, a book in a genre that Sciascia could be said to have invented: the metaphysical mystery.

The most intelligent detective story I have ever read and the ideal introduction to Sciascia’s brilliant but little-known oeuvre.
— Thomas Wright, Daily Telegraph

The accessibility and beauty of Sciascia’s prose suggest he wanted it to be an antidote to the silent complicity and self-deception confronting both him and his heroes. When he wrote about crime, he was also writing about truth, solitude and belonging.
— The Observer