Secrets and Wives: The Hidden World of Mormon Polygamy (Paperback) 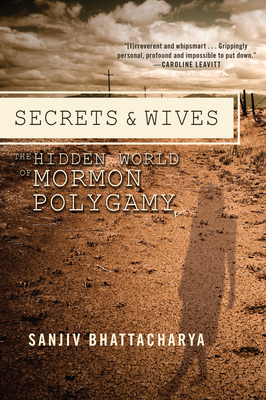 By Sanjiv Bhattacharya
Email or call for price.
Special Order

What do we really know about modern practicing polygamists--not fictional ones like the Henrickson family on HBO's Big Love? We've seen the Fundamentalist Church of Jesus Christ of Latter Day Saints in the news, the underage brides in pioneer dresses on a Texas ranch. But the FLDS is just one of many groups that have broken with mainstream Mormonism to follow those parts of Joseph Smith's doctrine disavowed by the LDS Church. Gaining unprecedented access to these communities, journalist Sanjiv Bhattacharya reveals a shadow country teeming with small town messiahs, dark secrets, and stories both heartbreaking and strange. Polygamy's dark side--incest, forced marriages, and physical abuse--is laid bare. But Bhattacharya also finds warmth in the fundamentalist diaspora and even finds himself taking an ideological stand for polygamy's legalization. More than just an expose of Mormon polygamy, Secrets and Wives is the personal journey of a foreign atheist and liberal, a stranger in a strange land who grapples with hard questions about marriage, monogamy, and the very nature of faith.

Sanjiv Bhattacharya has written for Details, Los Angeles Times Magazine, and Maxim. He has appeared as an expert on polygamy, discussing his Channel Four documentary, The Man with 80 Wives, on MSNBC Live, Montel Williams, and elsewhere. He lives in Connecticut.