Not So Dumb: The Life and Career of Marie Wilson (Paperback) 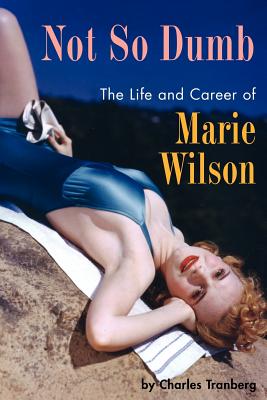 Marie Wilson was one of the best of the "dumb blondes" of the 1930s and 1940s, but what most people don't know is that she was a highly intelligent woman who painstakingly created her persona in movies, on radio, and on television.

This book includes a complete log of the classic American television series episodes in which she appeared, My Friend Irma (1952-1953).

." . . an enjoyable read and something that would be welcomed by casual fans of Wilson, and those who are interested in a serious study of radio comedy and vaudeville since Wilson was a regular in Ken Murray's blackout." ​-Radiogram