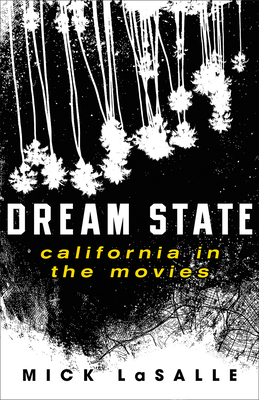 An eminent film writer looks behind the curtain of the California dream It hardly needs to be argued: nothing has contributed more to the mythology of California than the movies. Fed by the film industry, the California dream is instantly recognizable to people everywhere yet remains evasive for nearly everyone, including Californians themselves. That paradox is the subject of longtime San Francisco Chronicle film critic Mick LaSalle's first book in nine years. The opposite of a dry historical primer, California in the Movies is a freewheeling journey through several dozen big-screen visions of the Golden State, with LaSalle's unmistakable contrarian humor as the guide. His writing, unerringly perceptive and resistant to clich , brings clarity to the haze of Hollywood reverie. He leaps effortlessly between genres and generations, moving with ease from Double Indemnity to the first two versions of Invasion of the Body Snatchers to Boyz N the Hood to Booksmart. There are natural disasters, heinous crimes, dubious utopias, dangerous romances, and unforgettable nights. Equally entertaining and unsettling, this book is a bold dissection of the California dream and its hypnotizing effect on the modern world.