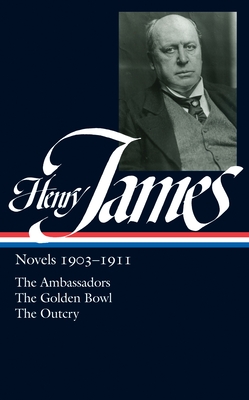 Nearly thirty years in the making, The Library of America's eleven-volume edition of the complete fiction of Henry James now culminates with this authoritative volume collecting his final three finished works. Considered by James to be his most finely constructed novel, The Ambassadors (1903) recounts the attempts of a conscientious American to convince the son of a friend to return home from Paris-and in doing so plays the charm of the Old World against the provincialism of the New. In The Golden Bowl (1904), an American woman marries an Italian prince while her father unknowingly marries the prince's former mistress; James underscores both the fragility and strength of human ties and further develops what he once called the "complex fate, being an American." Originally written for the stage but never produced, James reworked The Outcry (1911) into a highly successful comic novel of social manners that also deals with the ethics of art collecting. Included as an appendix is "The Married Son," the chapter James contributed to The Whole Family (1908), a multi-author novel conceived by William Dean Howells and portraying a dysfunctional family whose struggles mirror the frustrated collaborative efforts of the book's twelve contributors.

Ross Posnock, editor, is professor of English and comparative literature at Columbia University and the author of several books, including Henry James and the Problem of Robert Browning (1985) and The Trial of Curiosity: Henry James, William James, and the Challenge of Modernity(1991).