English Majors: A Comedy Collection for the Highly Literate (CD-Audio) 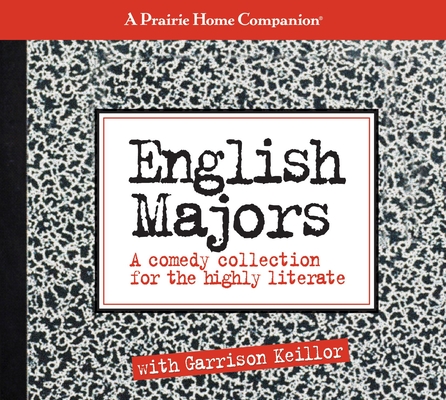 By Garrison Keillor
Email or call for price.
Special Order

Includes the Six-Minute Hamlet, tributes to Hawthorne and Kerouac and Emily Dickinson, a Guy Noir adventure that exposes an M.F.A. scam, Garrison Keillor’s recollection of growing up bookish in a football-loving town, and the Ballad of John Henry ('John Henry was an English major and poetry was his line. He sat by the window with his yellow legal pad and he wrote one sentence at a time.') With guest appearances by Billy Collins, Roy Blount Jr., Robert Bly, Donald Hall, and Calvin Trillin.

You do not have to be a college graduate to enjoy A Prairie Home Companion English Majors; a taste for American poetry and a smattering of knowledge about American literature is enough.
—The Serious Comedy Site

. . . this compilation will certainly evoke laughs from listeners.
—AudioFile