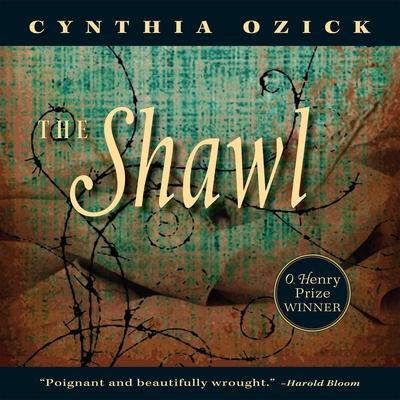 By Cynthia Ozick, Yelena Shmulenson (Read by)
$18.95
Email or call for price.

Two award-winning works of fiction by one of America's finest writers, together in one collection.

In "The Shawl," a woman named Rosa Lublin watches a concentration camp guard murder her daughter. In "Rosa," that same woman appears 30 years later, "a mad woman and a scavenger" in a Miami hotel. She has no life in the present because her past will never end. In both stories, there is a shawl—a shawl that can sustain a starving child, inadvertently destroy her, or magically conjure her back to life.

Both stories were originally published in the New Yorker in the 1980s; each was included in the annual Best American Short Stories and awarded First Prize in the annual O. Henry Prize Stories collection. Each succeeds in imagining the unimaginable: the horror of the Holocaust and the unfillable emptiness of its aftermath. Fiercely immediate, complex, and unforgettable, each is a masterwork by a writer the New York Times hailed as "the most accomplished and graceful literary stylist of our time."

Long regarded as one of the country’s foremost literary luminaries, CYNTHIA OZICK attracts as much praise for her morally rigorous essays as for her satirically witty fiction. Counted among her impressive works of fiction are The Shawl (1989), which won an O. Henry Prize for both short stories that comprise it. She is a Man Booker International Prize nominee as well as a National Book Critics Circle Award winner.

Cynthia Ozick is the most accomplished and graceful literary stylist of our time.
—The New York Times

“Performed by Yelena Schmulenson, whose emotional accuracy eats into your heart.”
—BookPage