To Kiss a Thief (Paperback) 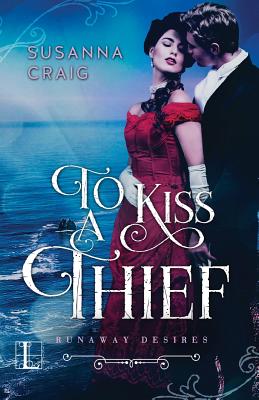 In this captivating new series set in Georgian England, a disgraced woman hides from her marriage-for better or worse...

Sarah Pevensey had hoped her arranged marriage to St. John Sutliffe, Viscount Fairfax, could become something more. But almost before it began, it ended in a scandal that shocked London society. Accused of being a jewel thief, Sarah fled to a small fishing village to rebuild her life.

The last time St. John saw his new wife, she was nestled in the lap of a soldier, disheveled, and no longer in possession of his family's heirloom sapphire necklace. Now, three years later, he has located Sarah and is determined she pay for her crimes. But the woman he finds is far from what he expected. Humble and hardworking, Sarah has nothing to hide from her husband-or so it appears. Yet as he attempts to woo her to uncover her secrets, St. John soon realizes that if he's not careful, she'll steal his heart...