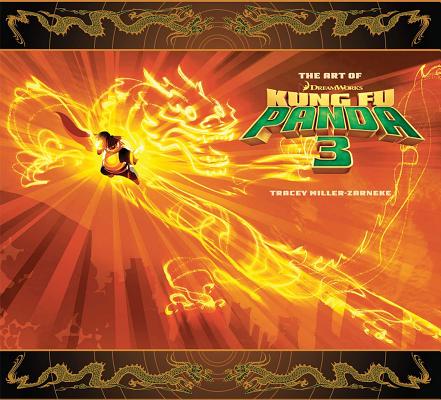 Legendary warrior Po the giant panda returns to the big screen in DreamWorks Animation’s Kung Fu Panda 3, the third installment of the film series that has charmed viewers and critics worldwide. The Art of Kung Fu Panda 3 will provide an exclusive behind-the-scenes look at the making of the movie, with concept art, character designs, interviews with key animation talent, and more. Offering insight into the incredible skill and effort that has gone into the film from start to finish, this comprehensive book will be a must-have for fans everywhere.

TRACEY MILLER-ZARNEKE has long been fascinated with the world of animation, way beyond her credited roles on the feature films Meet the Robinsons, Chicken Little, and The Emperor’s New Groove. She has previously authored eight books on the art of animation, including the first two books in The Art of Kung Fu Panda series, The Art and Making of Cloudy with a Chance of Meatballs, The Art of Planes, and The Art of How to Train Your Dragon. Tracey worked as technical editor for the second edition of the textbook Producing Animation and as an editorial advisor for Directing for Animation. She also serves on the board of directors for the organization Women in Animation. In the non-animated realm, Tracey lives in Los Angeles and channels her creative energy into work as a writer and playtime with her two sons.

REBEL WILSON is an actress and writer best known for her breakout roles in Bridesmaids and the Pitch Perfect franchise. Her other film credits include: How to Be Single, Grimsby, Night At The Museum: Secret Of The Tomb, Pain & Gain, Struck by Lightning, and Bachelorette.