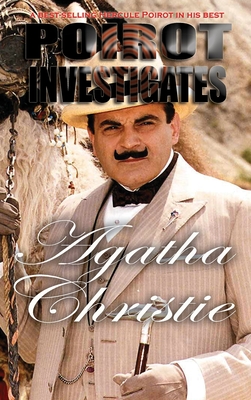 Poirot Investigates is a eleven-story collection written by Agatha Christie. In the short stories, detective Hercule Poirot solves a variety of mysteries using his typical perspicacity. In The Adventure of the Western Star, a Chinese man warns a famous American film star to return her fabulous diamond jewel, the "Western Star", to the left eye of an idol. In The Tragedy at Marsdon Manor, he investigates a middle-aged man who died just a few weeks after insuring his life. In The Adventure of the Cheap Flat, Poirot avoids a murder. In The Mystery of Hunter's Lodge, Poirot, Hastings, and the Scotland Yard need to find out who murdered Harrington Pace. In The Million Dollar Bond Robbery, Poirot needs to prove the innocence of man in charge of the London and Scottish Bank while a million dollars disappeared. In The Adventure of the Egyptian Tomb, the widow of a famous archaeologist who died mysteriously looks for Poirot's help. In The Jewel Robbery at the Grand Metropolitan, the detective aid is useful to locate stolen pearls. In The Kidnapped Prime Minister, a national crisis calls Poirot: The Prime Minister has been kidnapped. In The Disappearance of Mr Davenheim, Poirot bets five pounds he can solve in a week the case of a banker who disappears from his large country house. In The Adventure of the Italian Nobleman, Poirot and Hastings find Count Foscatini dead, his head being crushed during his last dinner. In The Case of the Missing Will, Poirot receives an unusual request from an orphan about her Uncle in Devon, who died a month before leaving a will with a strange clause.