The Bastards of Pizzofalcone (Paperback) 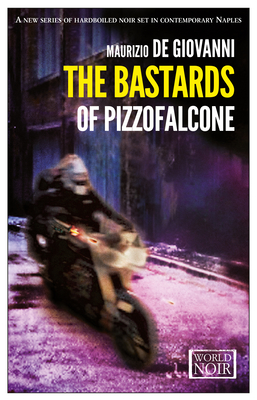 This the first in a wonderful series. The Pizzofalcone police station, in the heart of Naples, is on the brink of being abandoned after the bulk of its officers were tossed out in a corruption scandal. Now the station has a new group - misfits from other stations. But crime doesn't stop and wait for them to settle in - there is murder, abduction, and theft waiting for this quirky, funny, melancholy, (and a little) crazy bunch. Can they work together?  Can they find some peace in their lives outside of the station?  If you like this first one, there are three more that have been translated from the Italian; all bring Naples to life, and the inspectors are a delight. Great fun stories!

A new series of hardboiled crime fiction set in contemporary Naples by the author of the internationally bestselling Commissario Ricciardi series.

They've made a fresh start at the Pizzofalcone precinct of Naples. They fired every member of the investigative branch after they were found guilty of corruption. Now, there's a group of detectives, a new commissario, and a new superintendent. The new cops immediately find themselves investigating a high-profile murder that has the whole town on edge.

Heading the investigation is Inspector Lojacono, known as "the Chinaman," a cop with a checkered past who is currently riding a reputation as a crack investigator after having captured a serial killer known as "The Crocodile." Lojacono's partner is Aragona, who wants to be known as "Serpico," but the name doesn't stick. Luigi Palma, a.k.a. "Gigi," is the Commissario, Francesco Romano, known as "Hulk," is the slightly self-deluded lieutenant. Lojacono, Aragona, Palma, and Romano are joined by a cast of cops portrayed by bestselling author Maurizio de Giovanni with depth and intimate knowledge of the close-knit world of police investigators.

De Giovanni is one of the most dexterous and successful writers of crime fiction currently working in Europe. His award-winning and bestselling novels, all set in Naples, offer a brilliant vision of the criminal underworld and the lives of the cops in Europe's most fabled, atmospheric, dangerous, and lustful city.

Maurizio de Giovanni's Commissario Ricciardi books are bestsellers across Europe, with sales of the series approaching 1 million copies. De Giovanni is also the author of the contemporary Neapolitan thriller, The Crocodile. He lives in Naples with his family.


From the eBook edition.

Praise for the Commissario Ricciardi Series

"De Giovanni has created one of the most interesting and well-drawn detectives in fiction."—The Daily Beast

"Reading a novel by Maurizio de Giovanni is like stepping into a Vittorio De Sica movie."—The New York Times

"Ricciardi is an intriguing detective."—Library Journal 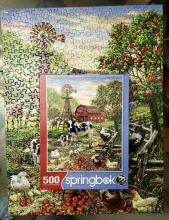