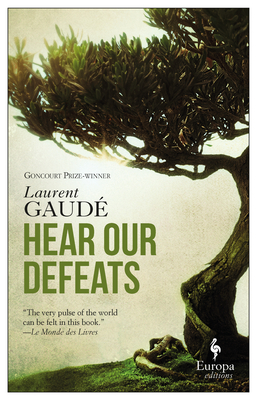 In this intensely woven tale, Gaude’s use of language prompts the comparisons between events that are centuries apart. Just as I gained purchase at the macro level, Gaude would juxtapose a minute detail which, under scrutiny, slightly turned all that I was thinking. A complex contemplation that leaves both the characters and the reader with a provocative and absorbing question which immediately changed my perception of my life. Wonderful!

A "propulsive" historical novel about the battles--won, lost, and ongoing--that define us, from a winner of the Goncourt Prize (Library Journal, starred review).

Assem, a French intelligence officer, is tasked with tracking down a former member of the US Special Forces suspected of drug trafficking during the war in Afghanistan. En route to Beirut, he shares a night with Mariam, an Iraqi archaeologist, who is in a race against time to save ancient artifacts across the Middle East from the destruction wreaked by ISIS.
Woven into these two forceful, gripping storylines are meditations on humankind's bellicose history--Hannibal's failed march on Rome and the burning of his fleet on the waters of the Mediterranean; Grant's pursuit of the Confederates into rural Virginia; Robert E. Lee's surrender at Appomattox Courthouse; and Emp. Haile Selassie's swift retreat from Ethiopia: all turning points in world history, each showing a different facet of how nations and individuals face defeat.
This novel is filled with both a philosophical sensibility and a riveting immediacy, seamlessly taking us across the battlefields of our past to reflect on the implications of conflicts being waged today. "Hear Our Defeats is not a conventional historical novel, in the sense of trying to recreate the past imaginatively. Rather, it draws on a series of past episodes, from four discrete epochs--deliberately separated in time and place--to convey a message about time, violence and humanity."--The Times Literary Supplement 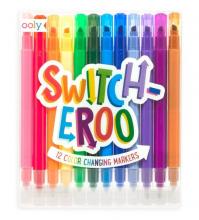 Have more fun with your art projects with this exciting set of markers that change color while you draw. Each marker has two sides: one for the...