The Cabinet of Curiosities: A Novel (Agent Pendergast Series #3) (CD-Audio) 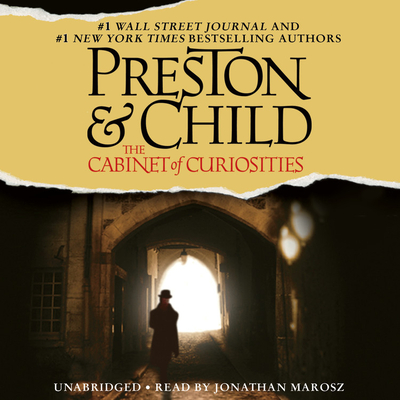 In an ancient tunnel underneath New York City a charnel house is discovered.

Inside are thirty-six bodies--all murdered and mutilated more than a century ago.

"This is an intense and interesting story, entwining the quest for eternal life with the history of America, New York, and present-day politics and influence. Rene Auberjonois crafts his narration with great care; each word is voiced with perfect tone, pitch, and emotion, and each character is provided with a fitting personality. The result is narration that flows beautifully while providing insight into the story and those who inhabit it. Satisfyingly imbued with thrills and suspense, the prose is fully realized in Auberjonois's performance, and he even manages to make some of the more fantastic aspects seem reasonable. A totally engrossing experience."—AudioFile Magazine