Old Testament Warriors: The Clash of Cultures in the Ancient Near East (Hardcover) 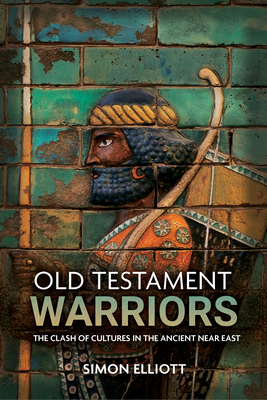 A concise history of warfare between Ancient Middle Eastern cultures in the age of the Old Testament using archaeology and evidence from the Bible.

The period covered by the Old Testament - beginning in approximately 3000 BC - was one of great technological development and innovation in warfare, as competing cultures clashed in the ancient Middle East. The Sumerians were the first to introduce the use of bronze into warfare, and were centuries ahead of the Egyptians in the use of the wheel. The Assyrians developed chariot warfare and set the standard for a new equine-based military culture. The Babylonians had an army whose people were granted land in return for army service.

This authoritative history gives an overview of warfare and fighting in the age of the Old Testament, from the Akkadians, Early and Middle Kingdom Egypt and their enemies, Mycenean and Minoan Greece and Crete, Assyrians and New Kingdom Egyptians, the Hittites, the Sea Peoples who gave rise to the Philistines, the Hebrew kingdom, the Babylonian kingdom, the Medes and later Persian Empires, through to early Classical Greece.

Author Simon Elliott explores how archaeology can shed light on events in the Bible including the famous tumbling walls of Jericho, the career of David the boy warrior who faced the Philistines, and Gideon, who was able to defeat an army that vastly outnumbered his own.