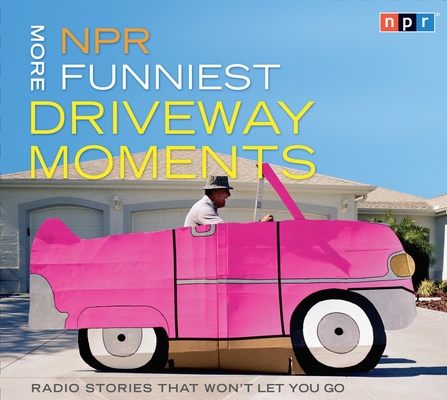 Most NPR listeners have experienced at least one “driveway moment”: You’re so captivated by a story, interview, or essay you’re hearing on the radio that you sit in your driveway, motor running, to hear it all the way through. Even if the ice cream is melting in the trunk.

The latest collection of this best-selling series features memorable tales, bits, and commentary from NPR favorites, regulars, and guests. Smartly chosen, sincerely hilarious, this collection will leave you in stitches.

Host ROBERT KRULWICH is an award-winning correspondent for NPR’s Science Desk and co-hosts WNYC’s NPR-distributed scientific documentary series Radio Lab. He has been called "the most inventive network reporter in television" by TV Guide. His own humorous outlook on the news can be seen in“Backfire,” a semi-fictional year-in-review Krulwich hosts with friends Jane Curtin, Buck Henry and Tony Hendra.

“Outrageously funny and a reminder that the medium of radio is alive and well. This enthusiastically recommended production will captivate commuting listeners into lingering in their driveways long after they’ve reached their destination.”
—Library Journal [starred review]