The Atrocities of the Pirates: A Faithful Narrative of the Unparalleled Suffering of the Author During His Captivity Among the Pirates (Paperback) 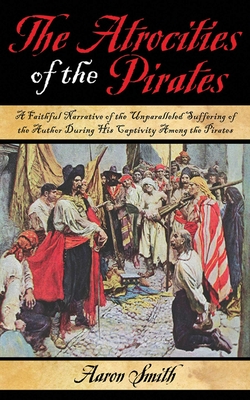 Originally published in 1824, this firsthand account describes how, in June 1822, young English seaman Aaron Smith was taken captive by Cuban pirates when his ship was boarded en route from Jamaica to England. A skilled navigator, fluent in Spanish, and regarded as what was then acceptable as a ship’s surgeon, he was an attractive candidate for conscription.

Forced to work as a navigator and participate in pirate boarding parties for ten months, he suffered mightily and witnessed unspeakable acts of murder and torture. He struggled between resisting the orders of the cruel pirate captain and acting against his conscience to preserve his own life from the wrath of the pirates. After failed attempts to get away, he managed to narrowly escape with his life, but was arrested as a pirate upon arrival in Havana. Smith was jailed in Cuba and then sent back to England in chains, where he found himself on trial for his life at the Old Bailey courthouse. The attorney general himself led the prosecution, with the captains of the ships boarded by Smith and the pirates as the principal witnesses.