The Girl of the Lake (Hardcover) 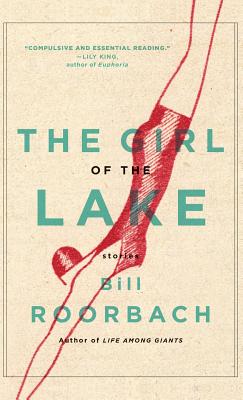 "A stellar collection of stories from one of our best writers. Roorbach's wild imagination combined with his brilliance as a storyteller, his relentless humor, and his tender understanding of humanity make The Girl of the Lake compulsive and essential reading." --Lily King, author of Euphoria Bill Roorbach conjures vivid, complex characters whose layered interior worlds feel at once familiar and extraordinary. He ­first made his mark as the winner of an O. Henry Prize for one of his stories and the Flannery O'Connor Award for his fi­rst collection, Big Bend. His astounding new collection, ­The Girl of the Lake, captures a virtuoso in his prime. Among the unforgettable characters Roorbach creates are an adventurous boy who learns what courage really is when an aging nobleman recounts history to him; a couple hiking through the mountains whose vacation and relationship ends catastrophically; a teenager being pursued by three sisters all at once; a tech genius who exacts revenge on his wife and best friend over a stolen kiss from years past; and many more. These stories--some being published for the fi­rst time, the rest originally from the Atlantic Monthly, Playboy, Ploughshares, the Missouri Review, Ecotone, and others--are as rich in scope, emotional, and unforgettable as Bill Roorbach's novels. He has been called "a kinder, gentler John Irving . . . a humane and entertaining storyteller with a smooth, graceful style" (the Washington Post), and his work has been described as "hilarious and heartbreaking, wild and wise" (Parade magazine), all of which is evident in every story in this arresting new collection.