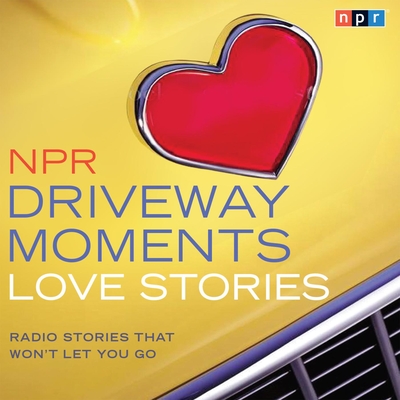 If you listen to NPR, you’ve had at least one “driveway moment.” You’re sitting in your parked car, hooked by a story, needing to hear it all the way through. NPR celebrates the emotional bonds we share with this audio valentine that will warm hearts all year round. The story of an ex-monk and an ex-nun who form a family, as told by their son. The story of letters that continue to arrive from all over the world, addressed simply to Juliet, Verona, Italy. The softer side of Lyndon Johnson revealed in his letters to Lady Bird. A writer’s true love for her beloved Volvo. The legend of Somalia’s lovesick baker and the girl whose love he could not win. Lynda Barry on spring, thunderstorms, memories, and love. This heartfelt edition of Driveway Moments explores the surprising places we find love and the inspiring ways in which our most important relationships flourish.

KELLY MCEVERS is a correspondent for NPR’s National Desk. She has served extensively as an NPR correspondent in the Middle East and East Asia reporting major events and groundbreaking news. In addition to NPR, her radio work has appeared on PRI/Chicago Public Radio’s This American Life, NPR’s Hearing Voices and On the Media, American Public Media’s Weekend America, and the CBC. Her writing has appeared in The New York Times Magazine, Esquire, Foreign Policy, The New Republic, The New York Review of Books Online, The Washington Monthly, and the San Francisco Chronicle. She is a founder of Six Billion, an online magazine that was a regular feature at Harvard University’s Nieman Conference on Narrative Journalism. McEvers served as a fellow with the International Reporting Project at the Johns Hopkins University School for Advanced International Studies and has been a professor of journalism at universities in the U.S. and abroad.