Made in Abyss Vol. 1 (Paperback) 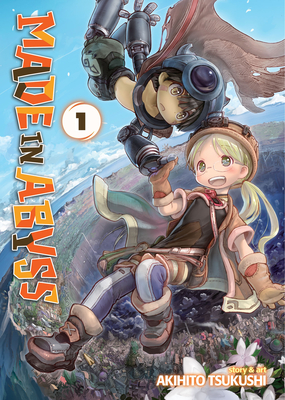 This is book number 1 in the Made in Abyss series.

EXPLORE ENDLESS POSSIBILITIES IN THIS ALL-NEW FANTASY SERIES! In an age when the corners of the world have been scoured for their secrets, only one place remains unexplored–a massive cave system known as the Abyss, filled with monstrous creatures and lost relics. Those who delve into its depths are known as Cave Raiders. A young orphan named Riko dreams of following in her mother’s footsteps as a Cave Raider, and when she meets a strange robot while exploring the Abyss, she is one perilous step closer to achieving her goal!

Akihito Tsukushi is a Japanese manga artist best known for Made in Abyss.

"...the start of a fascinating story that should deliver plenty of emotion. Whether you're already a fan of the anime version or not, Made in Abyss' manga is a journey worth undertaking." --Rebecca Silverman, Anime News Network