Because of Winn-Dixie (Prebound) 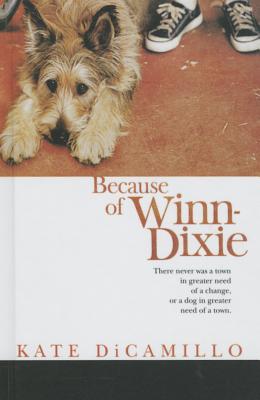 By Kate DiCamillo
Email or call for price.
Out of Print

Kate DiCamillo's beloved, best-selling story is now one of the biggest family movie events of 2005--celebrate with this irresistible movie tie-in
One summer day, Opal goes into a supermarket and comes out with a scraggly dog that she names Winn-Dixie. Because of Winn-Dixie, her preacher father finally tells her ten things about her absentee mother, and Opal makes lots of unusual friends in her quirky Florida town. And because of Winn-Dixie, Opal grows to learn that friendship -- and forgiveness -- can sneak up on you like a sudden storm. Now available in a delightful tie-in edition, here is the original Newbery Honor-winning book that inspired the major motion picture.
________
BECAUSE OF WINN-DIXIE film artwork copyright (c) 2005 by Twentieth Century Fox Film Corporation. All rights reserved.