100 Years in Pinstripes: The New York Yankees in Photographs (Hardcover) 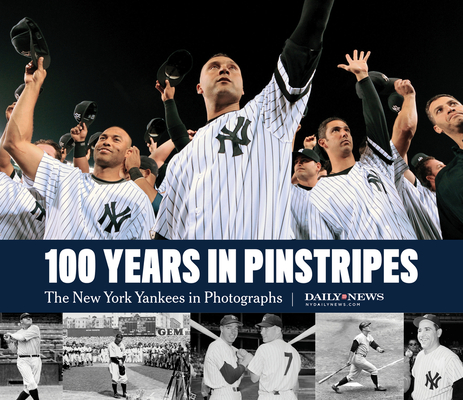 With over 300 stunning archival photographs, the New York Daily News presents an era-by-era visual history of one of the world's most iconic teams.

To celebrate the 100th anniversary of Babe Ruth's debut in pinstripes, this beautiful keepsake highlights the people and moments which have defined Yankees baseball throughout the years.

Historic newspaper columns and front pages accompany an unbeatable selection of both celebrated and rare photos, highlighting Ruth’s 60 home runs and the ’27 Yankees, Joe DiMaggio’s 56-game hitting streak, the Mantle-Maris home run race, and the Core Four, as well as current stars such as Aaron Judge and Giancarlo Stanton.

100 Years in Pinstripes is the ultimate tribute to the singular culture and heritage of this iconic franchise.

The New York Daily News was founded in 1919 by Joseph Medill Patterson. The Daily News Photo Archive is home to the most extensive photographic record of New York City history in the world.

“What a fun scrapbook through the last 100 years of pinstripe history. The pictures were great and I enjoyed the articles from earlier on. It was a thoroughly enjoyable read for this Yankees fan.” —Amanda, Goodreads