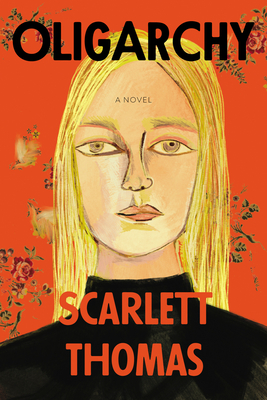 As dark as it is funny, I found this novel to be brilliantly written and uniquely observed. Thomas captures the angst of teenage girlhood (in today's particularly social media obsessed world) with a bleak humor that still manages to treat the young, flawed protagonists with tenderness.  Elements of mystery and folklore give this very contemporary work a timeless edge. Scarlett Thomas is an author I will be returning to again and again.

From the author of The Seed Collectors comes a darkly comic take on power, privilege, and the pressure put on young women to fit in--and be thin--at their all-girls boarding school

It's already the second week of term when Natasha, the daughter of a Russian oligarch, arrives at a vast English country house for her first day of boarding school. She soon discovers that the headmaster gives special treatment to the skinniest girls, and Tash finds herself thrown into the school's unfamiliar, moneyed world of fierce pecking orders, eating disorders, and Instagram angst.

The halls echo with the story of Princess Augusta, the White Lady whose portraits--featuring a hypnotizing black diamond--hang everywhere and whose ghost is said to haunt the dorms. It's said that she fell in love with a commoner and drowned herself in the lake. But the girls don't really know anything about the woman she was, much less anything about one another. When Tash's friend Bianca mysteriously vanishes, the routines of the school seem darker and more alien than ever before.

Tash must try to stay alive--and sane--while she uncovers what's really going on. Hilariously dark, Oligarchy is The Prime of Miss Jean Brodie for the digital age, exploring youth, power, and privilege. Scarlett Thomas captures the lives of privileged teenage girls, in all their triviality and magnitude, seeking acceptance and control in a manipulative world.

SCARLETT THOMAS was born in London in 1972. Her other novels include The Seed Collectors, PopCo, and The End of Mr. Y, which was long-listed for the Orange Broadband Prize for Fiction in 2007, and she teaches creative writing at the University of Kent.