The Accuser: The True Story of the Big Dan's Gang Rape Victim (Paperback) 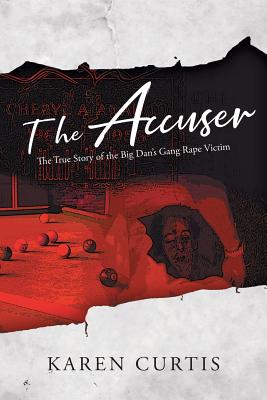 Cheryl Ann Araujo is The Accuser. In 1983, she was victimized by men, the judicial system, the Government, the media, and the Portuguese mob because she stood up against them all in the Big Dan's rape trial in New Bedford, Massachusetts.

In 1988, Jodie Foster portrayed a character loosely based on Cheryl Araujo in the Hollywood movie The Accused for which she won an Academy Award. Foster's character was gang raped on a pinball machine, rather than a pool table.

But, by the time the movie was released Cheryl was already dead. After the rape trials, she was run out of Massachusetts due to death threats and in 1986, died in a single-car accident in South Florida. Her two young daughters were with her in the car and survived. They recall what happened that fateful day in this book.

This is the true story about what the government and Hollywood do not want you to know regarding one young woman's fight as an accuser to tell her true story to a jury and to the world without being "victim blamed." Cheryl was one of the first accusers to face a camera in the courtroom shaping the way the media and judicial system covers rape trials today. Her grueling experience also planted the first seeds of today's burgeoning #MeToo movement.

The book contains never before published information, interviews, and photographs about the life and death of Cheryl Araujo, one of the most tragic accusers and heroines in American history.