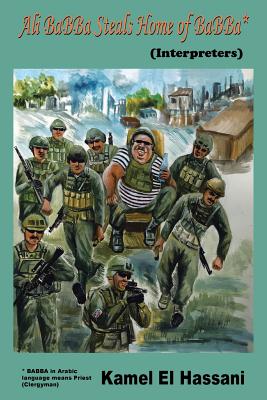 This is a collection of stories narrated by an Iraqi lawyer who not only worked with the occupation forces, but also became part of the mission. In fact, he merged in and became part of the action. However, he pulled out when the US forces withdrew from Iraq in 2011. He decided to unveil the monsters (Lords) who came to existence as a result of this occupation. Their intention was to foil the project concerning Iraqis' freedom. They became a vicious cancer that branched out and emerged as Al-Qaida, ISIS, and all kinds of militias. In no time, these groups were unleashed only to cause destruction and corruption, mainly in Iraq, the Middle East and North Africa. The action in these stories will shock the United States, Iraqis' public opinion, and the world at large. These untold stories will tackle and reveal the core which caused the failure of the occupation as they have not been published before, and the media never had the access to these stories. These stories will answer the questions of the American people who want to know the secret behind the failure of the United States occupation. Iraqis are also curious to know who is behind these occupiers and whether they invaded Iraq as friends or enemies. Is the war over or are we still engaged? And why was the United States unsuccessful in carrying out its goal to liberate Iraqis? Other stories will answer the questions raised by Iraqis concerning the disappearance of the terrorists who slipped off without being noticed by the US forces. How were Zerqawi and Baghdadi set free with the help of judicial decisions? And how the money of the American taxpayer was wasted because it failed to build up Iraqis' institutions. How come the greatest democracy in the world was unable to make Iraqis' dream come true as to what concerns gaining freedom? The importance of this writer lies in his shocking stories which reflect the reality of the situation, and the way he recorded all the details of the events. This lawyer was the first pioneer to join the US forces to liberate his country, hoping for a better future for his children, and the children of Iraq. Unfortunately, his future expectations were foiled by a handful of thugs, and therefore, he decided display this failure to the observers of this disaster all over the world.