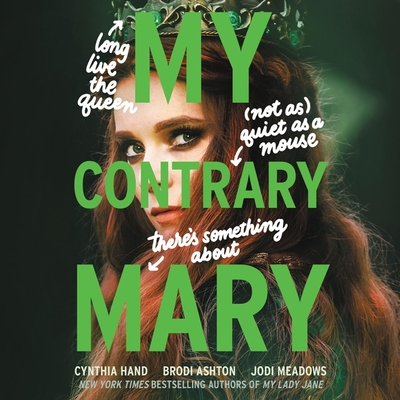 Mary is the queen of Scotland and the jewel of the French court. Except when she's a mouse. Yes, reader, Mary is an E ian (shapeshifter) in a kingdom where Verities rule. It's a secret that could cost her a head--or a tail.

Luckily, Mary has a confidant in her betrothed, Francis. But things at the gilded court take a treacherous turn after the king meets a suspicious end. Thrust onto the throne, Mary and Francis face a viper's nest of conspiracies, traps, and treason. And if Mary's secret is revealed, heads are bound to roll.

With a royally clever sense of humor, Cynthia Hand, Brodi Ashton, and Jodi Meadows continue their campaign to turn history on its head in this YA fantasy that's perfect for fans of A Gentleman's Guide to Vice and Virtue.