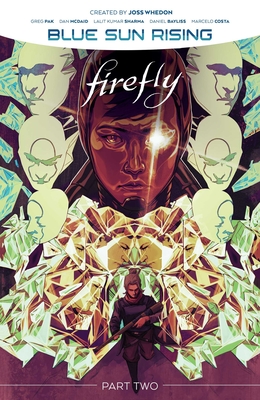 The first-ever comic book event in the world of Joss Whedon’s Firefly reaches its thrilling conclusion! Shocking losses lead to stunning decisions as Mal and the crew of Serenity must face the consequences of their choices in war against the Blue Sun Corporation.

The stage is set for the final battle as the first ever Firefly event concludes, with Sheriff Mal Reynolds - yeah, he’s still getting used to it too - making a choice that may cost him those he loves most, whether he knows it or not... Shocking losses lead to stunning decisions as Mal and the crew of Serenity must face the consequences of their choices in war against the Blue Sun Corporation. The ‘Verse is changing in ways no one ever expected - and a new chapter of Firefly begins here.