The Romantic Adventures of A Milkmaid (Paperback) 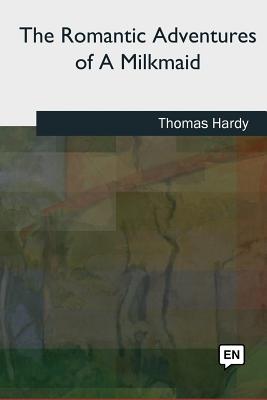 It was half-past four o'clock (by the testimony of the land-surveyor, my authority for the particulars of this story, a gentleman with the faintest curve of humour on his lips); it was half-past four o'clock on a May morning in the eighteen forties. A dense white fog hung over the Valley of the Exe, ending against the hills on either side. But though nothing in the vale could be seen from higher ground, notes of differing kinds gave pretty clear indications that bustling life was going on there. This audible presence and visual absence of an active scene had a peculiar effect above the fog level. Nature had laid a white hand over the creatures ensconced within the vale, as a hand might be laid over a nest of chirping birds. The noises that ascended through the pallid coverlid were perturbed lowings, mingled with human voices in sharps and flats, and the bark of a dog. These, followed by the slamming of a gate, explained as well as eyesight could have done, to any inhabitant of the district, that Dairyman Tucker's under-milker was driving the cows from the meads into the stalls. When a rougher accent joined in the vociferations of man and beast, it would have been realized that the dairy-farmer himself had come out to meet the cows, pail in hand, and white pinafore on; and when, moreover, some women's voices joined in the chorus, that the cows were stalled and proceedings about to commence.