The Summoning: A Novel (Paperback) 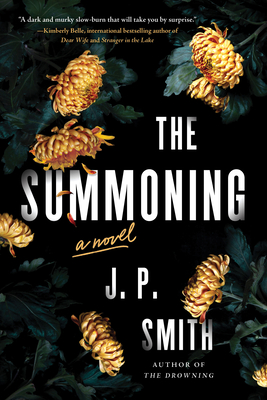 When it comes to contacting the dead, it's easy to go a step too far

Every year, as the anniversary of 9/11 inches closer on the calendar, Kit Capriol scans the memorials published in the New York Times. It's a simple thing to look up a name and phone number, to reach out to surviving family members who might still be yearning for connection with their lost loved one... to offer assistance. After her husband went down in the north tower, Kit scraped by as an actress, barely supporting herself and her daughter. But now Zoey is in the hospital, bills are due, and the acting work has dried up. Becoming a medium is almost too easy for someone used to pretending for a living—and desperate clients aren't hard to come by.

Now, though, something has changed. The seances Kit holds in her apartment are starting to feel unsettlingly real, and the intriguing man she met at a local bar could be more complicated than he seems. As the voices of the dead grow louder in her head and the walls of her apartment close in, Kit realizes that despite her daughter's absence, she hasn't been quite as alone as she thought.

"The Summoning is a suspenseful and gripping novel, one readers can count on to keep them reading into the late hours."—Mystery & Suspense Magazine

J.P. Smith is the author of six novels. He lives on the North Shore of Massachusetts. Visit him online at jpsmith.org and on Twitter @JPSmith8.

"The Summoning is a creepy novel and quite an unsettling read...it is one of the most unique books I have read this year." - Bookreporter

"I love a story with a touch of paranormal, and The Summoning delivers in a suspense novel starring Kit, an out-of-work actress who survives by faking seances for family members of 9/11 victims...until the voices of the dead grow real. A dark and murky slow-burn that will take you by surprise." - Kimberly Belle, international bestselling author of Dear Wife and Stranger in the Lake

"J.P. Smith's latest thriller is an exquisite labyrinth of plot twists that will leave the reader questioning the line between life and death long after the final clue is revealed. Vivid characters, a complex and engaging storyline, and Smith's signature gift of sharing with his readers something far more profound than a finely-crafted page-turner, makes The Summoning one of his finest works." - Traci Medford-Rosow, USA Today bestselling author of Unblinded: One Man's Courageous Journey through Darkness to Sight and Inflection Point: War and Sacrifice in Corporate America

"The Summoning is a suspenseful and gripping novel, one readers can count on to keep them reading into the late hours." - Mystery & Suspense Magazine