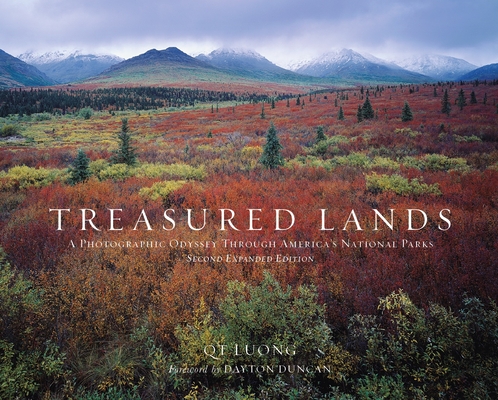 By Qt Luong (Photographer), Dayton Duncan (Foreword by)
$65.00
On Our Shelves Now

So much more than a coffee table book of the National Parks, this epic undertaking needs to be held to be understood. There are many books out there with beautiful imagery of our National Parks, but this is the only one with a real focus on text and location notes for each photograph. Written for the curious and photographed for the connoisseur, will be a lasting and lauded testament to our country’s greatest treasures.

Give the gift of the National Parks with this beautiful coffee table book: the most complete photography book about all the 61 US National Parks, and the only one with location notes for each photograph. Winner of 6 national book awards.

QT Luong has updated and expanded his national parks book by adding 24 more pages, 28 new locations, and revising all the maps. Treasured Lands: A Photographic Odyssey Through America's National Parks pays tribute to the millions of acres of protected wilderness and historical heritage in all our country's 61 national parks, including the two designated since the award-winning first edition was published in 2016 and became an instant classic.

Luong, who is featured in Ken Burns and Dayton Duncan's documentary The National Parks: America's Best Idea, is the most prolific photographer working in the national parks and the only one to have made large-format photographs in each of them. In an odyssey that spanned more than a quarter century and 300 visits, Luong focused his lenses on iconic landscapes and rarely seen remote views, presenting his journey in this sumptuous array of more than 600 breathtaking images.

Accompanying the collection of scenic masterpieces is a guide that includes maps of each park, as well as extended captions that detail where and how the photographs were made. Designed to inspire visitors to connect with the parks and invite photographers to re-create these landscapes, the guide also provides anecdotal observations that give context to the pictures and convey the sheer scope of Luong's extraordinary odyssey.

Including a foreword by author and documentary filmmaker Dayton Duncan, Treasured Lands is a rich visual tour of the U.S. National Parks and an invaluable guide from a photographer who hiked-or paddled, dived, skied, snowshoed, and climbed-each park, shooting in all kinds of terrain, in all seasons, and at all times of day. QT Luong's timeless gallery of the nation's most revered landscapes beckons to nature lovers, armchair travelers, and photography enthusiasts alike, keeping America's natural wonders within reach.

QT Luong is an award-winning photographer, author, and environmentalist known for being the first to photograph all 61 U.S. National Parks--in large format. He has been the subject of many magazine and newspaper articles, and was featured in the PBS series "The National Parks: America's Best Idea". Luong's photographs have appeared in hundreds of publications around the world, as well as solo gallery and museum exhibits across America. QT lives in San Jose, CA with his wife and two children. Dayton Duncan, author and documentary filmmaker, wrote and co-produced, with Ken Burns, The National Parks: America's Best Idea, for which he won two Emmy Awards and was named honorary park ranger by the director of the National Park Service. His articles have appeared in the New York Times, Boston Globe, American Heritage magazine, the Old Farmerʼs Almanac, and many other publications. He is the author of twelve books and has collaborated on Ken Burns's films for twenty years as a writer, producer, and consultant. Dayton lives in Walpole, NH with his family. 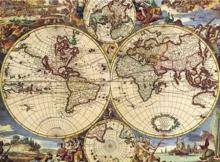 Celebrate history's great works of art and put your puzzling skills to the test with this 1000 piece jigsaw puzzle. This jigsaw sports an old world...