Chasing bin Laden: My Hunt for the World's Most Notorious Terrorist (Paperback) 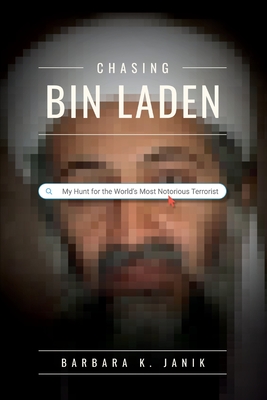 By Barbara K. Janik
Email or call for price

On the early morning of August 16, 2006, Osama bin Laden was arrested in Brooklyn by the New York FBI Terrorism Task Force.

They were acting on a tip called in by Barbara Janik.

Chasing bin Laden takes readers along with Janik on an emotional journey through the hidden world of lay investigations, which is charged with high-stakes puzzle solving, Arabic message boards, and anxiety-provoking collaborations with the FBI.

A Pulitzer prize-winning journalist backs her up

In The Killing of Osama bin Laden, Seymour Hersh states that "bin Laden was a prisoner of the ISI Pakistani intelligence] at the Abbottabad compound since 2006..."

What does this mean?

Janik's memoir tells the story of how, when, and where Osama bin Laden was arrested. He was likely transferred in 2006 from the United States to the compound in Pakistan, where he remained in custody until the 2011 raid.

But how does Janik know this stuff?

Janik, who is a historian, computer expert, and former adjunct professor, is a master at research and "Google-fu". She worked with the FBI. The truth of the arrest was revealed to her by the FBI through a series of cloak-and-dagger phone conversations.

Yet, can she prove she isn't making this up?

On her website, Janik has uploaded phone records and emails showing the times and content of her conversations with the FBI. There is also a PDF of message board conversations from early 2007.

She's been telling the same story since 2006.