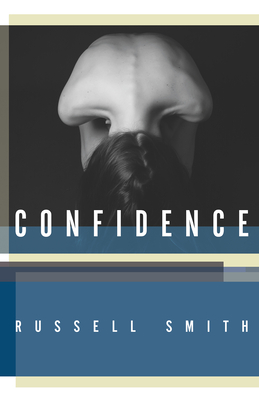 Nominated for the 2015 Giller Prize.

In the stories of Confidence, there are ecstasy-taking PhD students, financial traders desperate for husbands, owners of failing sex stores, violent and unremovable tenants, aggressive raccoons, seedy massage parlors, experimental filmmakers who record every second of their day, and wives who blog insults directed at their husbands. There are cheating husbands. There are private clubs, crowded restaurants, psychiatric wards. There is one magic cinema and everyone has a secret of some kind.

Russell Smith is the author of Girl Crazy and How Insensitive. Confidence, recently longlisted for the 2015 Frank O'Connor International Short Story Award, is his US debut.

Russell Smith is one of Canada's funniest and nastiest writers. His previous novels, including How Insensitive and Girl Crazy, are records of urban frenzy and exciting underworlds. He writes a provocative weekly column on the arts in the national Globe and Mail, and teaches in the MFA program at the University of Guelph. He hates folk music.