The Ship to Nowhere: On Board the Exodus (Holocaust Remembrance Series for Young Readers) (Paperback) 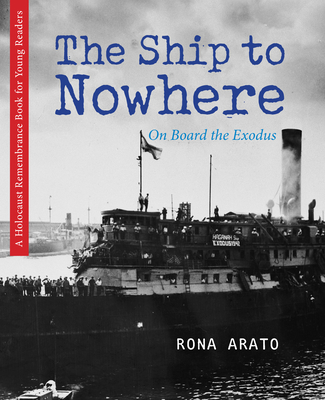 By Rona Arato
Email or call for price.
Special Order

Rachel Landesman is eleven years old when she, her mother and sister are crammed on board the Exodus, a dilapidated vessel smuggling 4500 Jewish refugees risking their lives to reach Palestine, their biblical homeland. Despite all they had suffered during the Holocaust, Jewish refugees are still not wanted in many countries. Even a Canadian immigration officer famously said at the time "None is too many" when asked how many refugees Canada would take in. Nonetheless, Rachel and the other refugees refuse to give up hope when war ships surround them. Their fight, and the worldwide attention it brought, influenced the UN to vote for the creation of the state of Israel. Made famous by the Paul Newman film "Exodus", this is the first book for young people about the ship that helped make history.