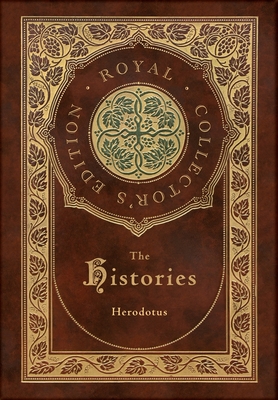 By Herodotus
Email or call for price.

The Histories of Herodotus is considered the founding work of history in Western literature. Written in 440 BC in the Ionic dialect of classical Greek, The Histories serves as a record of the ancient traditions, politics, geography, and clashes of various cultures that were known in Western Asia, Northern Africa and Greece at that time. Although not a fully impartial record, it remains one of the West's most important sources regarding the genre and study of history in the Western world.

The Histories also stands as one of the earliest accounts of the rise of the Persian Empire, as well as the events and causes of the Greco-Persian Wars between the Achaemenid Empire and the Greek city-states in the 5th century BC. Herodotus portrays the conflict as one between the forces of slavery (the Persians) on the one hand, and freedom (the Athenians and the confederacy of Greek city-states which united against the invaders) on the other.